Despite the recent development of novel therapies lymphomas remain a significant source of human morbidity and mortality, largely due to the clonal evolution of resistant cells. The spectacular success of next generation sequencing tremendously enhanced our knowledge of the identity and prevalence of recurrent, putatively oncogenic alterations and allowed inferences regarding the temporal sequence of mutation acquisition. In contrast, model systems to manipulate, monitor and investigate clonal evolution of lymphomas in vivo are lagging behind. To monitor and investigate the role of clonal competition in indolent malignancies, we propose to address the following specific aims: 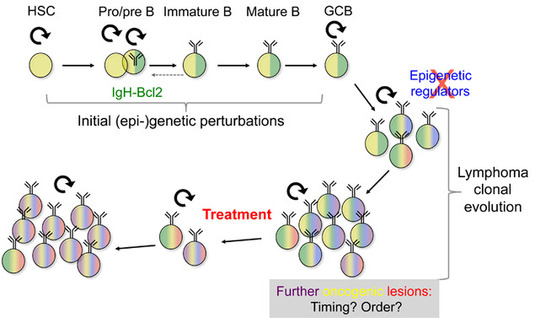